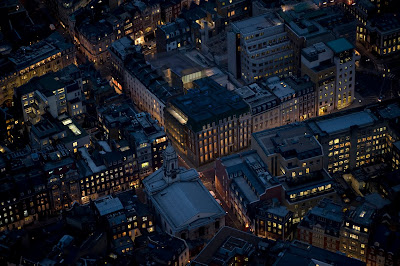 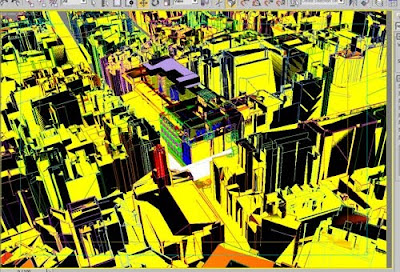 The above image was produced whilst at GMJ Design ltd


After few requests to post a Higher resolution version of the image titled Mental ray_aerial Shot; I had finally found time to upload it. I hope you like it better.

For those who are looking at this image for the 1st time:

This image is part of a project I recently finished whilst at GMJ design.

The render came straight from 3DsMax Design using Mental Ray.
No post effects were required. The scene only consists of one sky light with its colour matching the blue tint of the background photography and numerous self illuminated objects with the following property settings: not visible to the camera; not visible to reflection/refraction and not to receive or cast shadows.

On its self illumination (glow) parameters group, I had set the glow options to illuminate the scene when using FG (final gather), this way it will actually generate light.

Its luminance physical units were increased variably between objects to create variations of light intensity; and colour variations by using a variety of bitmaps (cropped) on the filter color toggle.

It is worth mentioning that when the illuminate the scene when using FG function is enabled, users tend to increase most FG settings in order to achieve a good/smooth rendering results; there’s often no need for it; one should focus mainly on increasing the interpolate over num.

FG points values; this function is often sufficient to correct any artifacts created by the illuminate the scene when using FG function.

It is advisable not to go higher than the value 150 as one may start losing depth in the scene. To create the overall depth, I had used the ambient occlusion on individual objects.

This lighting technique is widely implemented by production companies for exterior night shots.
It is quick to set up and fast to render:
The final 4256x2832 image pixels took less than 1 hour to render. It was previously taking nearly 7 hours with numerous internal photometric physical lights casting diffused shadows.

Moreover, for interior night shots, this technique is recommended to be used with caution, depending on one’s camera angle and/or camera shader being used. This methodology is covered in detail throughout the 2nd edition of my 1st book.

By the way, I have personally topped and tailed this project; I have had help from another visualiser towards the end, in order to meet the tight deadline.

I have put tons of detail on the main site area. The less relevant areas of the entire site didn't require as much attention, so I have emulated some of the surrounding building's detail by extensively using the Height map displacement shader(mental ray),high resolution normal bitmaps; point cloud data etc.

I couldn't convert the geometry into proxies due to the fact that I had to insert lights (i.e. self illuminated objects) inside the buildings.

In future, if you ever get hold of the book and find any of the featured subjects unclear; please don't hesitate to post your query here, so we can all have a discussion on this blog.

After careful consideration, I had decided to create my own blog. The long delay was mainly due to lack of time.
Now that most of my work commitments are out of the way; I can now dedicate more time to this new blog.

Search in this Blog(..simply type in this space below) 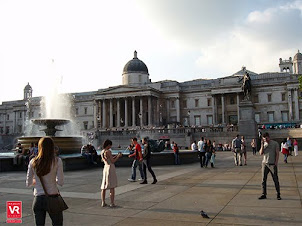 Jamie Cardoso
A renowned Author, Reviewer, Computer Artist and Technologist, with years of experience in creating state-of-the-art 3d photomontages, Verified Views, VR, Stereos, Photorealistic Interior and Exterior Visualisations for Architects, Designers, etc. I also provide live technical support to companies and Viz Artists worldwide. Much of my work and contributions have been featured in books and magazines such as, 3D World, CG Society, TutsPlus,3D Total, etc. In addition, I have co-authored two successful books entitled: Realistic Architectural Visualization with 3ds Max and mental ray. Most recently, I've published a New Book with Taylor & Francis group, entitled: 3D Photorealistic Rendering: Interiors and Exteriors with V-Ray & 3Ds Max. In my spare time (whenever that is), I share some of my knowledge with readers, by posting free step-by-step-tutorials in this blog. jamiecardo@hotmail.com